OUR PROGRAMS AT NATIONAL LEVEL

NOE has three large national events annually, attended by thousands of people. These are the annual general assembly of NOE, the family festival of our member organisations and members in autumn, and NOE Christmas celebration, respectively. Furthermore, NOE organises one additional special event, a large get-together every year. In 2016, we organised a Large Families Festival, in 2017, we celebrated the 30th birthday of the Association, whereas in 2018 we will have an International Family Congress at Veszprém. In addition to these large gatherings, NOE hosts a great number of various programs, conferences, negotiations, meetings at local, regional and national levels.

Since 1990, NOE has been organising bi-annual family conferences, where some of the topics specifically focus on the whole family. Highly relevant aspects of family life are addressed, for a healthy society can only be built on healthy families. The conferences are organised for all the members of the families, with all family members being able to participate. While adults discuss serious issues, NOE provides children with special programmes: sports events, excursions, handicraft possibilities and sports contests, with volunteers giving an invaluable support to the event. The Third European Large Families Conference was organised in Győr in 2006.

Some examples of previous NOE conferences:

NOE got in touch with the German programme called ‘Lokale Bündnisse für die Familie’ within framework of an EU ‘Peer review’ programme in Berlin on ‘Reconciling family and work’, and has been following the activities of the programme ever since. The main objective of the organisation is to establish a family-friendly society by joining the collaboration of various institutions, organisations and society groups. The programme perfectly suits the ambitions, value structures and way of thinking of NOE on population and family politics. Therefore, we decided to be the promoters of the ‘Lokale Bündnisse für die Familie’ initiative. During the past few years, NOE has organised several conferences and prepared brochures about the programme in Hungary. As a result, similar local communities (Lokale Bündnisse) have been formed in Hungary as well.

OUR PROGRAMS AT INTERNATIONAL LEVEL

The international relations of our Association are of high importance. NOE is a member of various international organisations (e.g. COFACE, ELFAC, FEFAF, etc.), that are forums of NGO’s dealing with families. NOE is one of the founding members of the European Large Families Confederation (ELFAC). NOE actively cooperates with and contributes to the work of these organisations.

The project aims at strengthening the social and financial background of European family lobbies and pro-family policy by international networking of family-related civil organisations. Our intention is that pro-family attitude, approach and values become more visible and articulate in the legislation of the European Union. NOE and KCSSZ are thriving to contribute to the empowering of pro-family approach at an international level, as well as to the lobbying possibilities of European civil organisations through their network system.

The two pillars of our international program are the following:

Our Association has already received numerous awards and distinctions, which we are very proud of. Therefore, we perfectly know and understand why it is so important to appreciate the work that others do for our Association, for our common aims and goals. 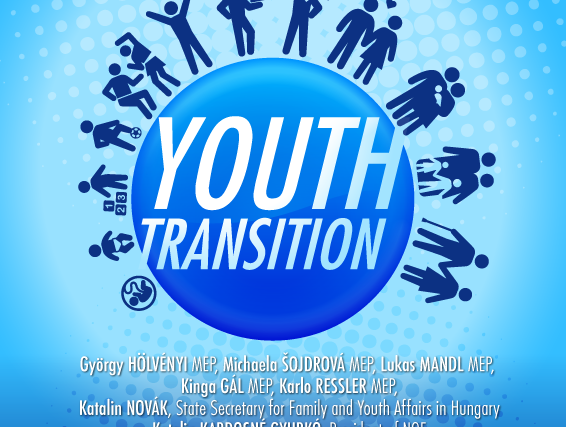 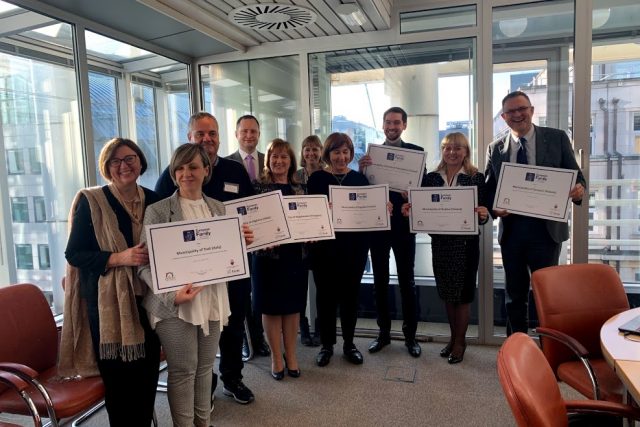 On Tuesday, November 19, 2019, the European Network of Family-Friendly Municipalities held its first Convention in Brussels at the headquarters of the European Economic and Social Committee (EESC). The act was chaired by Regina Maroncelli president of European Confederation of … 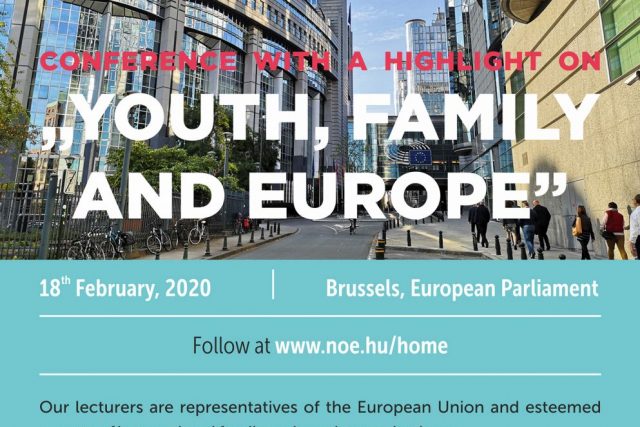 NOE Conference with a highlight on “Youth, Family and Europe”

On behalf of the National Association of Large Families in Hungary and MEP György Hölvényi we cordially invite You and your colleagues to our CONFERENCE WITH A HIGHLIGHT ON „YOUTH, FAMILY AND EUROPE” 18th February, 2020 Brussels, European Parliament Follow …

Any cookies that may not be particularly necessary for the website to function and is used specifically to collect user personal data via analytics, ads, other embedded contents are termed as non-necessary cookies. It is mandatory to procure user consent prior to running these cookies on your website.